Disclosure: This post contains affiliate links, meaning, at no additional cost to you, I will earn a small commission if you click through and make a purchase. Learn more

Tarte Cosmetics has 12 different mascaras. Why? No clue but it sure does make it difficult to figure out which one is best for you! I have tried almost all of them in order to find the best Tarte mascara so that you can make the right choice! This post will help you figure out which Tarte mascara suits your individual lash needs since mascara can be a very individual preference. I will say, Tarte mascaras are high performance mascaras that are free of many harmful ingredients. While you can’t really go wrong, I’m hoping to help you find the BEST mascara your lashes will love! Read on to get the answer to one of life’s most important questions, which Tarte mascara is the best ?! 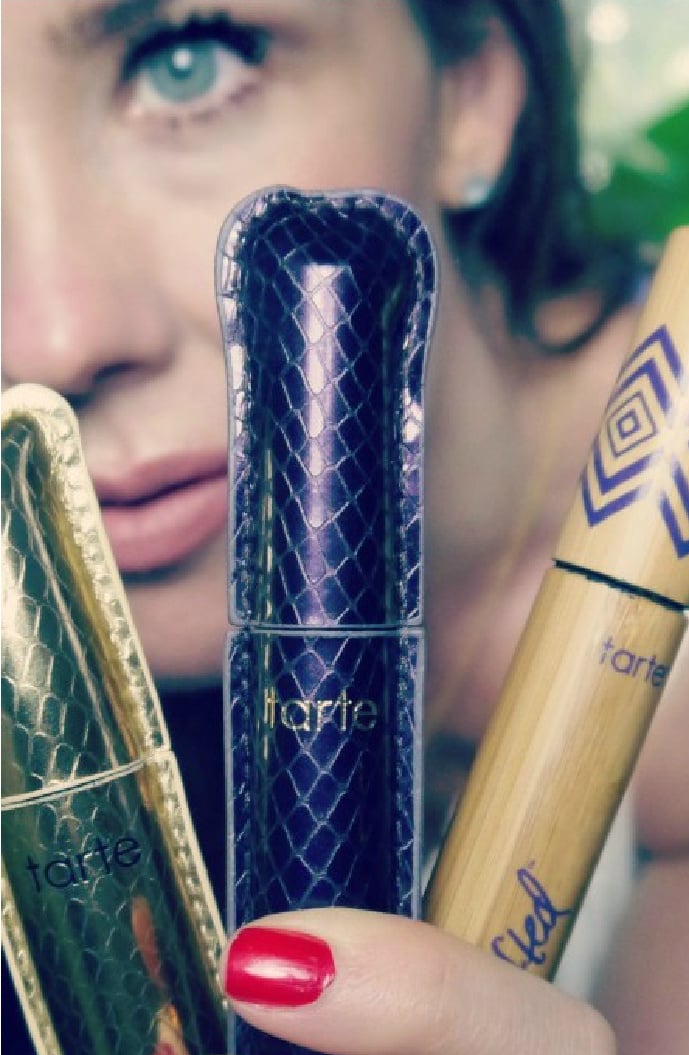 Mascara is my absolute must-If I were stranded on a dessert island and could only bring a few things-mascara would be there! As you’ve seen from my previous makeup tutorial posts-I like a pretty bold lash and while I have good lashes to begin with-they need curling, lifting and thickening. I’ve scouted out Tarte’s most effective mascara that checks all the beautiful lash boxes.

I’ve been using Tarte mascara on and off for years now. I’ve come to the bottom of the tube of most mascara products they offer. There are some I really dislike, some that are good and one I adore. While Tarte Cosemetics and their mascara in particular could be a bit more natural for my liking, their mascaras score on the Environmental Working Group is not too bad so I believe Tarte is still a decent choice in the natural beauty world.

What Makes a Mascara the Best?

I love a feathery, fake lash look but not enough to get lash extensions. I expect my mascara to give me lash volume. I once heard it said that mascara should be like a push-up bra for the lashes. I would have to agree.

I also want an ultra black pigment. I have sensitive eyes so I need a formula that won’t irritate me. I don’t have brittle lashes but I definitely look for ingredients that will nourish my lashes rather than dry them out.

I look for a sweatproof mascara as well but really don’t want a mascara that will be hard to remove. I tend to get raccoon eyes so I need my mascara to have 24-hr smudge-proof power. It’s a tall order so let’s see if at least one mascara fits the bill!

I had originally wrote this post many years ago and only reviewed 3 mascaras-Lights, Camera Flashes (now discontinued), Lights Camera Lashes and Gifted. I liked them all but the true front runner was Gifted. I love Gifted because it makes my lashes look thick and fluttery rather than that spider legs look. Gifted is an incredible volumizing mascara. The problem with Gifted is that they are one of Tarte’s only mascaras that have propylene glycol. I draw the line with this ingredient. I need a more natural mascara for everyday use.

Propylene glycol is often derived from petroleum. The Environmental Working Group gives propylene glycol a “fair” rating and notes that it poses no risk of cancer or developmental and reproductive toxicity. However, it does acknowledge an association with irritation and contact dermatitis, even in concentrations as low as 2 percent. There are worse ingredients to avoid but my eyes are incredibly sensitive and I’m just not going to risk it when there are so many other alternatives out there.

So years later I decided to take amother look at all of Tarte’s new mascaras and was happy to find that none of them contained propylene glycol. I decided it was time to update this post and ordered 5 new mascaras plus a primer.

What is the BEST Tarte Mascara?

My natural lashes are not super thick, not dark and not very thick. They are also straight with very little curl. I tried each of these mascaras for a full week and did not use the primer underneath unless I was reviewing the primer. I also did not curl my lashes beforehand. 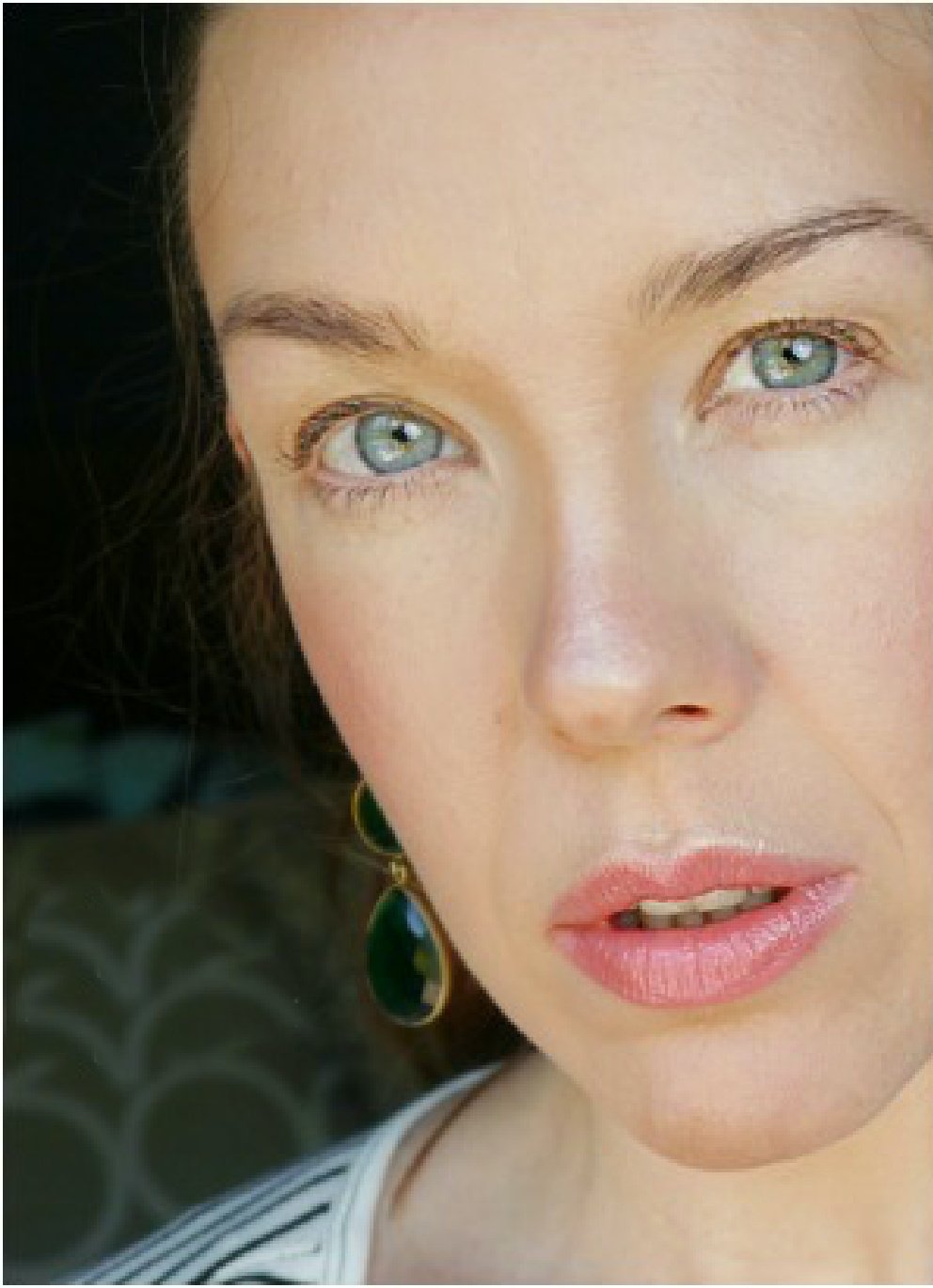 My second favorite Tarte mascara is Surfer Curl. Surfer Curl is a vegan mascara with semi natural ingredients I have very straight lashes and I found that this mascara gave my lashes a nice shape without using a curler. It also gives me a thick lash look. As far as long lashes, I didn’t notice any lengthening benefits. It has a lash lifter wand that lifts and fans out lashes. It’s perfect for everyday use and a good mascara if you have straight eyelashes. 4.1 out of 5 stars 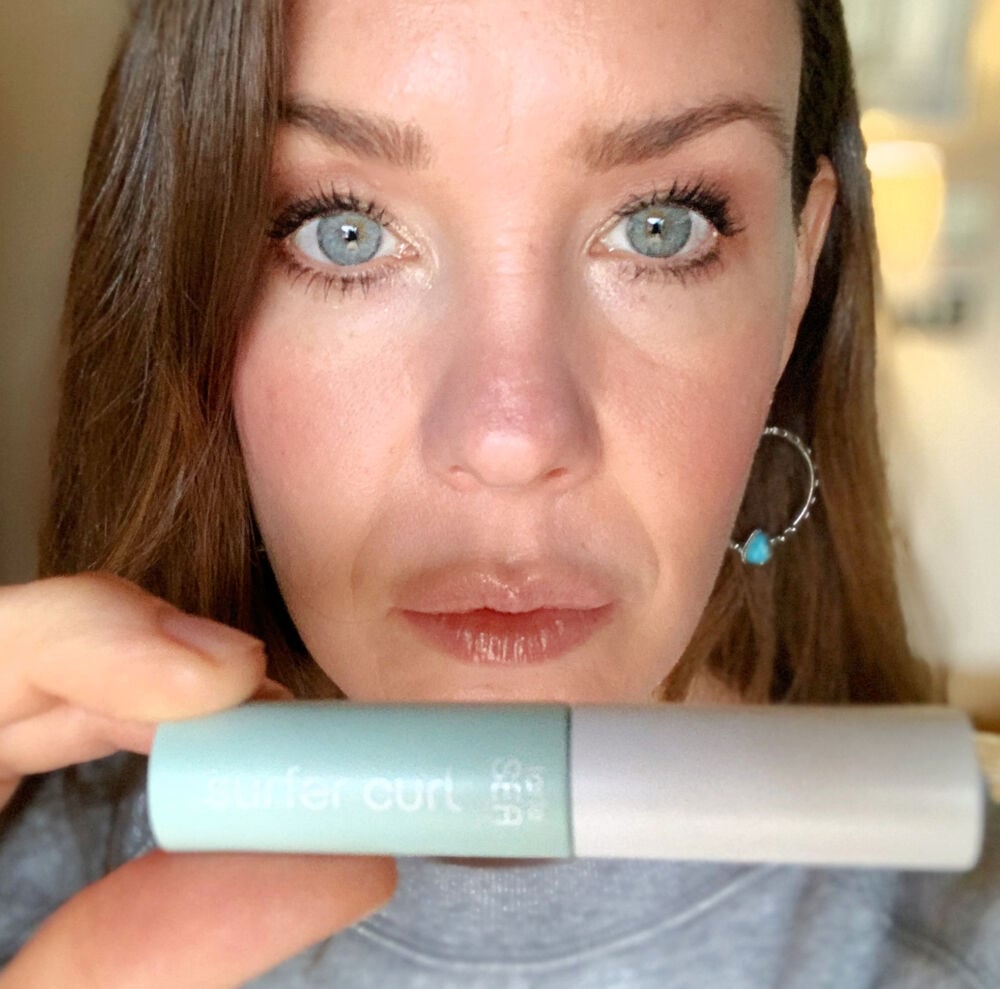 I hate this mascara. Not sure if I got a dried out bottle or it’s not a great formula but it was hard to apply and still didn’t give much by way of length. I would say Big Ego made my lashes look wimpy and short. However, many, many reviewers rave about it. The hourglass wand gave me hope when I pulled it out of the tube but I found the mascara to be clumpy and ineffective. 4.3 starts out of 5 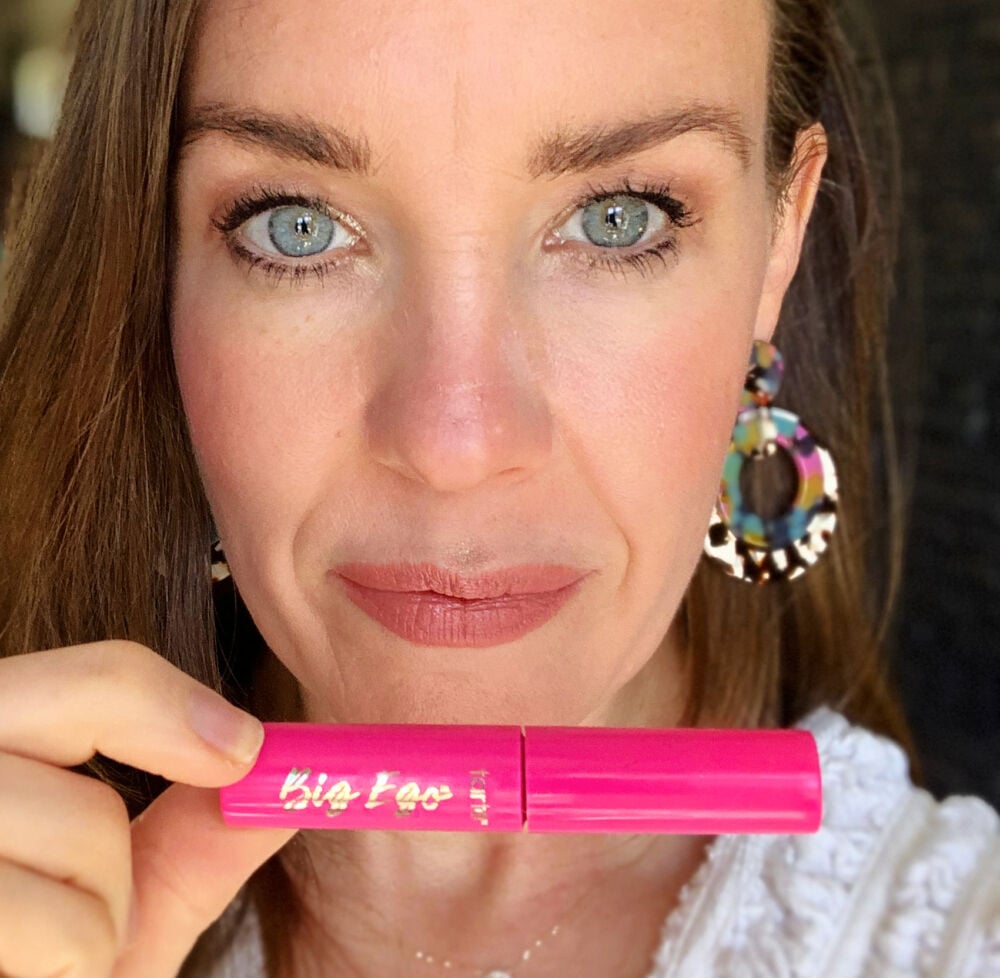 This vegan mascara is supposed to be “a green smoothie for the lashes”. Lord knows I’m into my daily green smoothie so I was happy to see all the “green” ingredients. It has a blend of hemp, castor, coconut, kiwi, avocado & baobab + plant waxes and claims to nourish and condition your lashes. I’m not crazy about Lash Smoothie. I really had to build thickness and length and it was time consuming. The end result was doable but I’m looking for less effort more drama. 4.3 start out of 5 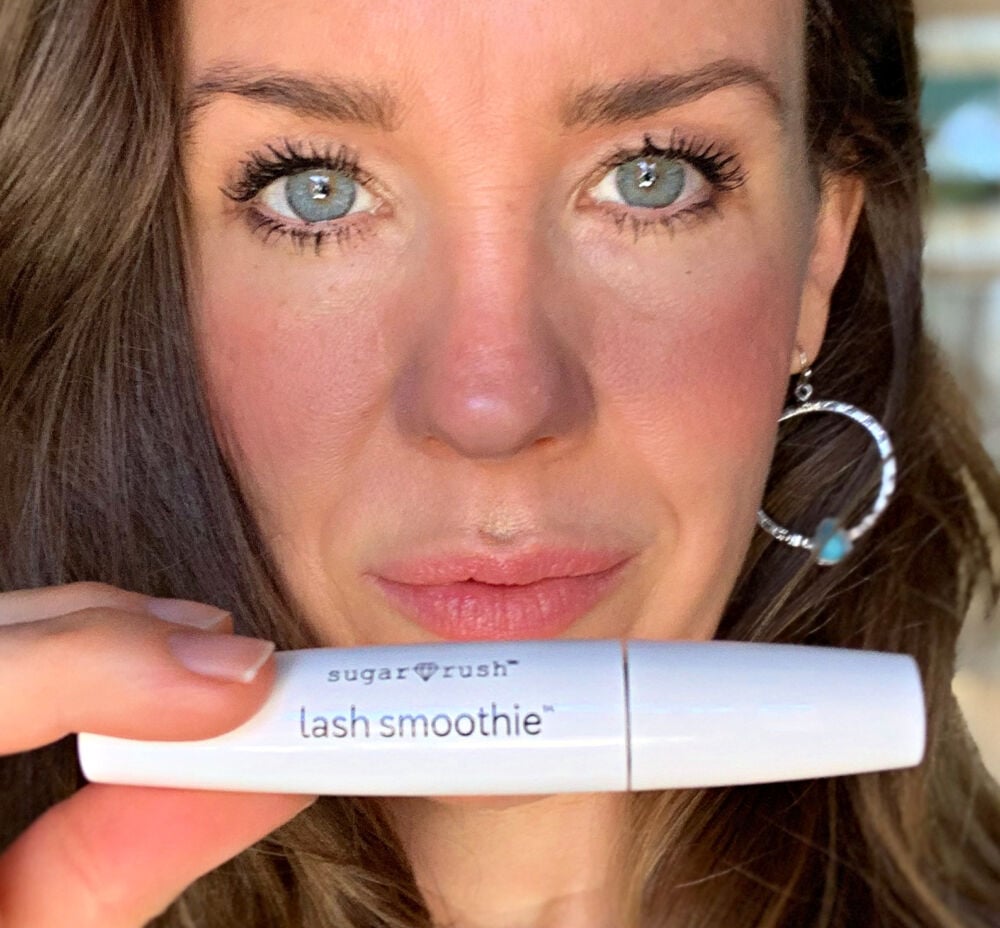 Lights, Camera Lashes is called 4 in 1 because it lengthens, curls, volumizes, and conditions. It has a “360 ° magniLASH wand” for an instant lash lift that has shorter bristles to add volume and longer bristles to give curl. It’s luxurious formula makes this mascara big bang for your buck. You could wear this mascara for a day look and a night look. It’s definitely a buildable mascara yet 1 coat gives a lot.

It also comes in a water-proof version, which I haven’t tried but will definitely if I ever need water-proof. It is my 2nd favorite. It makes my lashes look quite long. It wears well and the brush is comfortable. 4.7 stars out of 5 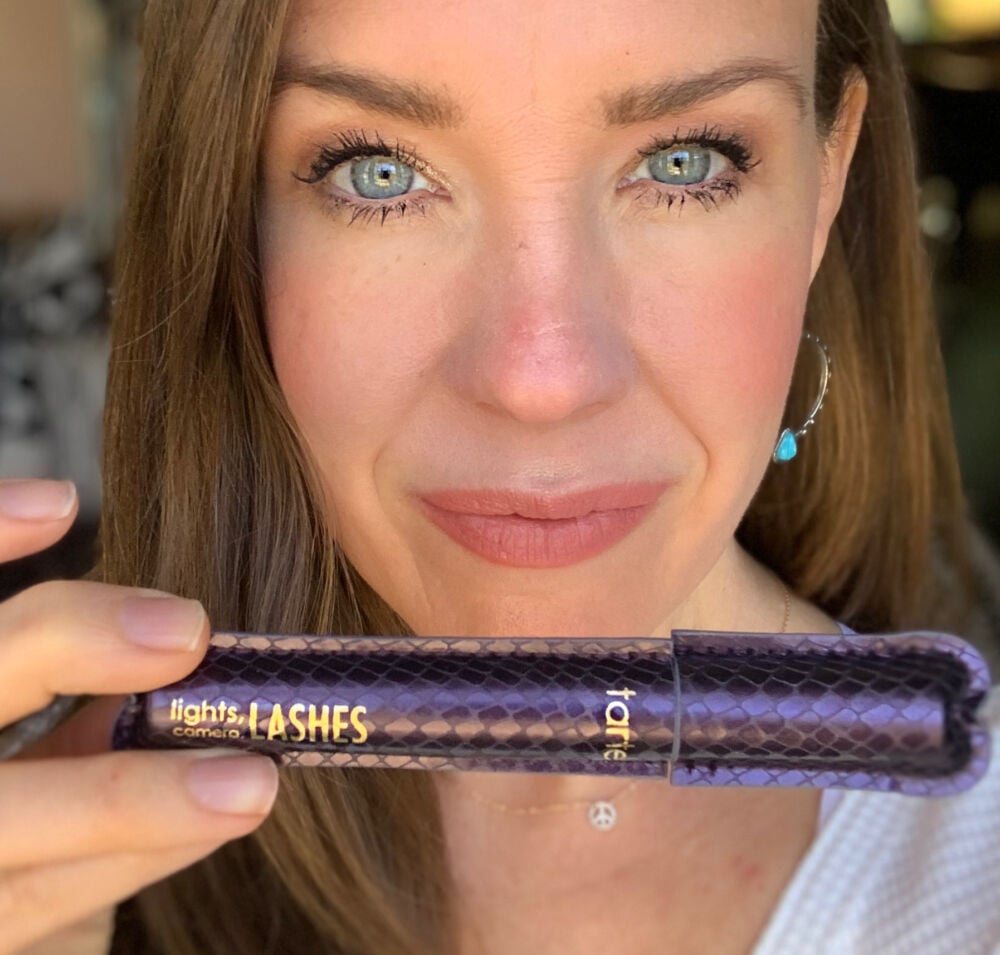 Gifted was always my favorite but a compromise on my natural beauty values. The picture below is an older picture but you can see that Gifted does give a thick, fluttery look for the lashes. It’s got a natural look to it which I love. It contains a few lovely natural ingredients such as rice bran wax, carnauba wax, olive esters, provitamin B5 and even vitamin C. I just wish they would nix the propylene glycol. I found this mascara to wear well all day and the best way to achieve extra volume. 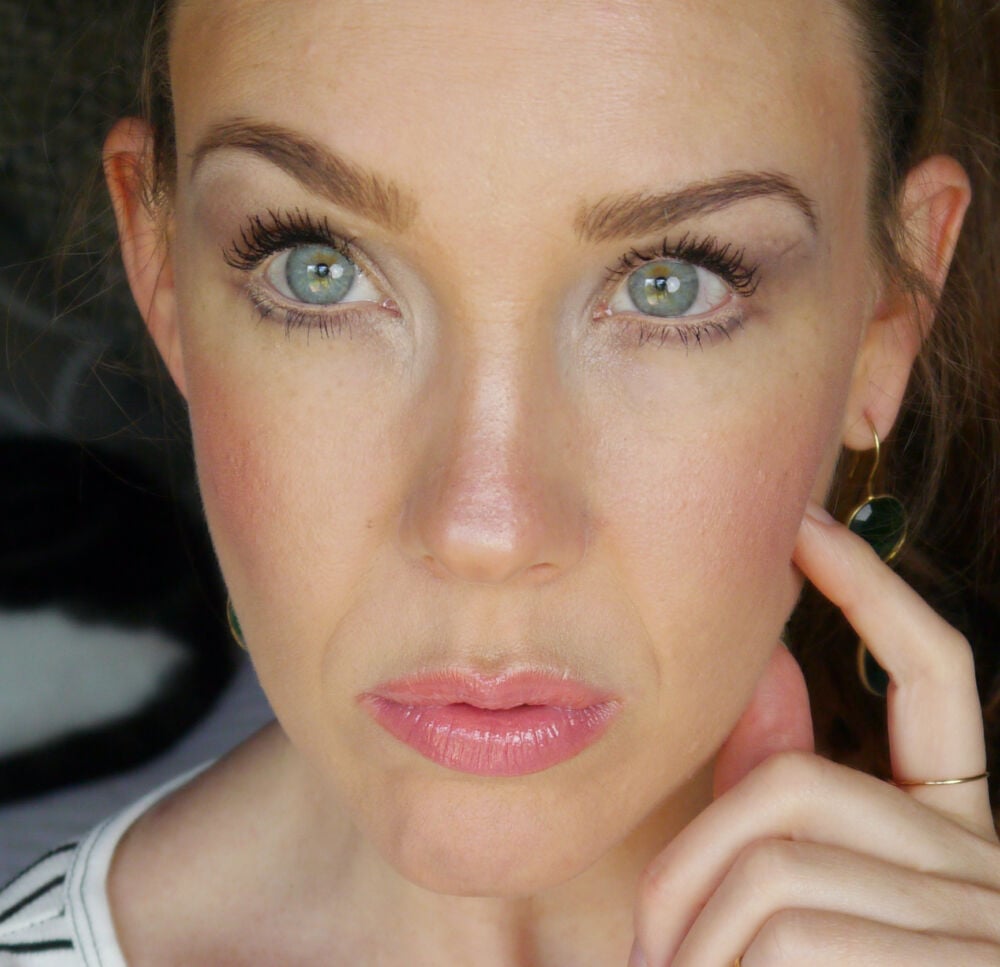 Hands down, Tarte Maneater mascara is my new favorite. This volumizing mascara contains carnauba wax and definitely lives up to Tarte’s claim of thicker lashes and an overall dramatic look. Maneater gave my lashes a somewhat feathery look as well as impressive volume without the propylene glycol. I did not have to keep adding coats and it took minimal time to apply. According to Maneater’s product reviews, many are in agreement with me that this mascara is one of the best Tarte products. A single application is enough for day time makeup. 4.7 stars out of 5. 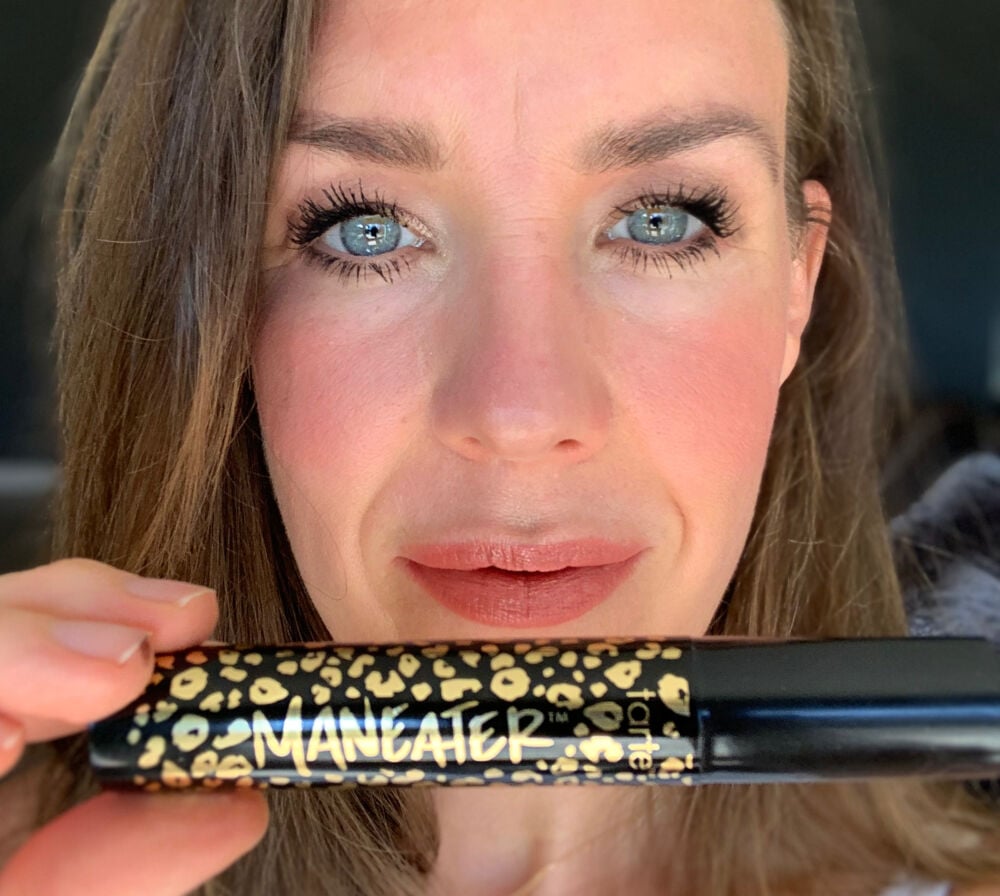 I also tried Tarte’s Opening Act Lash Primer. It also has the 360 ​​° magniLASH brush that helps volumize, lengthen, separate, curl and condition. I question if a lash primer really necessary?

In my opinion, probably not. However, being able to build thickness without worrying about the messiness of getting black on the lid is really nice. This primer goes on smooth and easy and really gives my lashes a polished, thick look. If I weren’t in a hurry most days, I would probably use a primer daily for this very reason. I will say that the primer is more natural than the mascara. In fact, on the EWG Skin Deep websitethey rate Tarte’s primer a 2 out of 8.

What I love about Tarte mascaras is that they all come in travel size options for $ 15 each. This makes it possible to test out the many Tarte mascaras and find which is your personal best Tarte mascara! Plus, they’re great to travel with.

To Answer Which is the Best Tarte Mascara?

I know there are more natural mascaras out there but Tarte’s mascaras are free of parabens, mineral oil, phthalates, sodium lauryl sulfate, triclosan, synthetic fragrances and gluten and they are mid-range in price and easily accessible since you can find them at both Sephora and Ulta.

Also, according to Tarte, all their mascaras are ophthalmologist approved and safe and comfortable for contact lens wearers.

No comments to show.